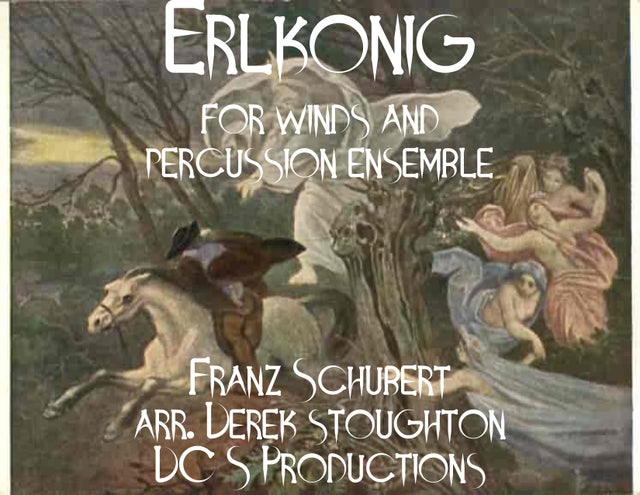 Erlkönig, also called Erl-King or Elf-King, song setting by Franz Schubert, written in 1815 and based on a 1782 poem of the same name by Johann Wolfgang von Goethe. “Erlkönig” is considered by many to be one of the greatest ballads ever penned. Schubert wrote the song for two performers, a singer, and a pianist, and it packs a remarkable amount of tension and drama into a mere four minutes. Its effectiveness is doubly impressive because Schubert was only 18 years old when he composed it.

Goethe’s poem tells the story of a boy riding home on horseback in his father’s arms. He is frightened when he is courted by the Erl- King, a powerful and creepy supernatural being. The boy’s father, however, cannot see or hear the creature and tells the boy that his imagination is playing tricks on him. The boy grows increasingly terrified by what he hears from the Erl-King, but his father tells him that the things he thinks he sees and hears are only the sights and sounds of nature on a dark and stormy night. When the Erl-King eventually seizes the boy, the father spurs on his horse, but when he arrives home his son is dead.

This arrangement for percussion ensemble utilizes a total of four winds and nine percussionists. There are seven marimba parts, a timpani part, and a percussion part, with the marimba 1 part also having a brief interlude on the vibraphone. Marimbas 3, 4, and 5 also have a brief roll on a suspended cymbal. A total of four marimbas (including one 5-octave), one vibraphone, 4 timpani, 4 suspended cymbals, and a triangle are all needed for this arrangement.

In addition, there are 4 wind parts, with each of them representing a character in Goethe’s poem:

Note: This is a Digital Download; the file will be emailed to you within 24 hours of receiving payment! Please send an email sales@derekstoughton.com to indicate where you would like the file sent to.